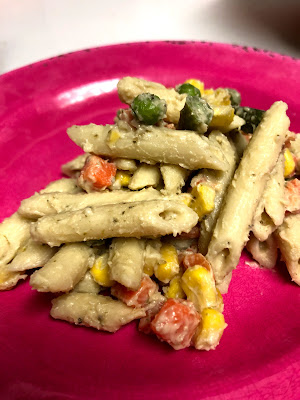 I was inspired to make this dish while shopping with my husband. We were coming up with dinner plans for over Memorial Day weekend. We were looking in the freezer section and was going to buy a microwave pasta veggie as a side to barbeque chicken. Then I suggested that we make our own version. I was thinking that it was going to be overall cheaper. It was easy to make. Boiled the pasta, added the frozen veggies with the pasta during the last few minutes of the pasta cooking. Drained the pasta and the veggies, put them back in the pot and added a jar of alfredo sauce. Just have the pot over medium to low heat until the entire dish is heated up and serve.

So it turned out that this dish will was more pasta a sauce than veggie. I also have a lot left over, since there is only three of us at home. This dish could easily be adjusted.  Use whatever pasta, sauce or veggies. Maybe even add a protein. 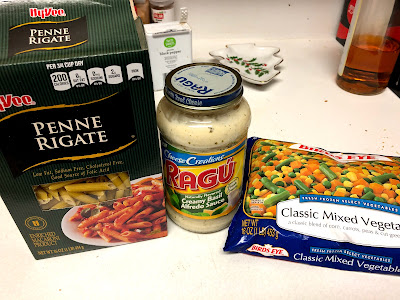 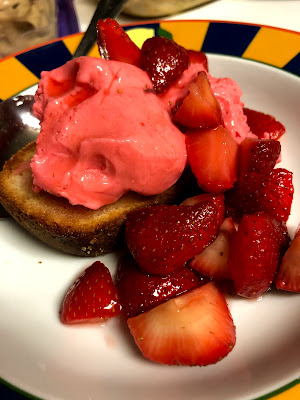 It has been a while since I share a bunch of tasty eats that I have made. The first dish is pound cake, strawberries, and home made strawberry ice cream. The ice cream recipe is a Keto recipe I found on Pinterest. My version would not be that Keto friendly since I used sugar instead of a sugar substitute suggested in the recipe. I would consider it Vegan since I used all plant based ingredients. 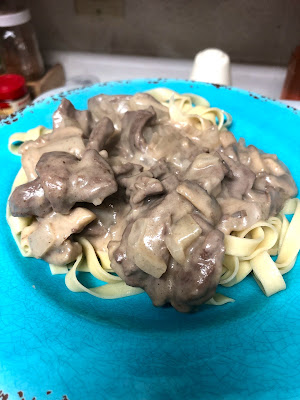 This is beef stroganoff with homemade egg noodles. The stroganoff recipe came out of my Better Homes and Gardens cookbook. The egg noodle recipe I believe came out of James Beard cook book I have.  I don't know were the book is anymore, but I still know the recipe. It is 1 1/2 cups of flour, 2 eggs, and a little salt. I sometimes add a little olive oil.. If you have seen pasta made before, you might know you put a mound of flour on the counter and make a well in the center. Put the eggs in the well and start stirring until all the flour is incorporated in. Kneed the dough (and it will be stiff) for about 10 minutes. The dough rest for at least 30 minutes. I usually let it rest for a few hours. make pasta with pasta machine. 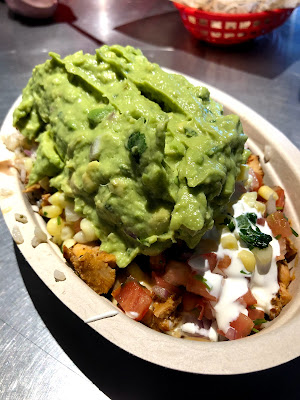 My son usually take me out to eat, this occasion was at Chipotle 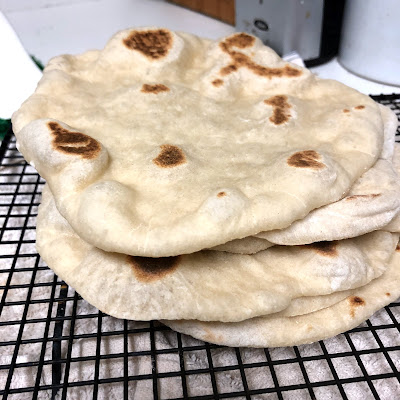 I found a suitable flat bread recipe on Pinterest. I was in the mood to make flat bread pizza. 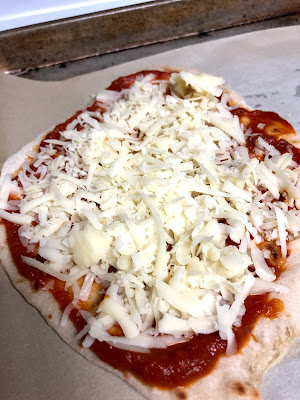 Here is the flat bread cheese pizza topped with sauce and cheese. I wrapped it in saran wrap and put into a freezer bag to bake at a later date. 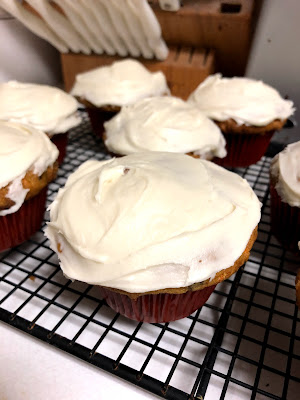 Finally I have cupcakes I made with my granddaughter.
Posted by Julie at 11:55 AM No comments: