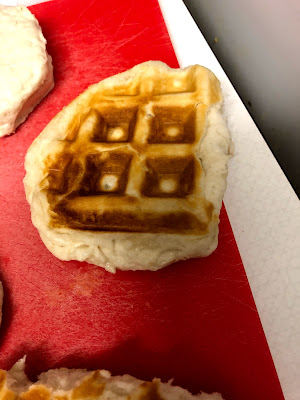 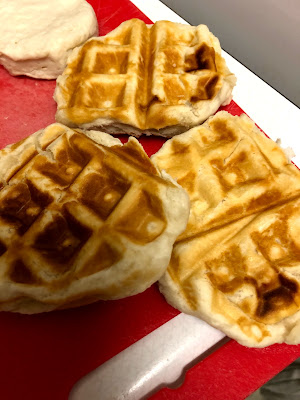 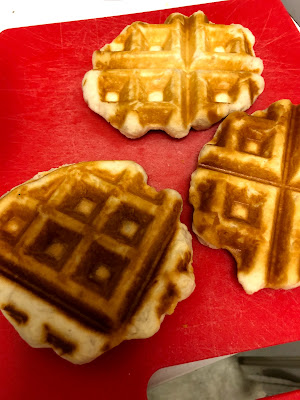 There is a can a biscuits in the frig and I made waffles out of it. It was easy to just pop the biscuits out of the can and put them in the waffle iron, but it was just not the same as actual waffles. I enjoyed them better plain than with syrup  on them. Probably because it was just a biscuit.

I did have to flatten them a little so it can fit better in my waffle iron. I might try the cinnamon rolls that come in the can next and see how they do.