It is time again for another edition of Show Your Stuff. I can not express my thanks to everyone who faithfully links up every week.

This week I am sharing Deep Fried French Toast, and Raspberry Bread.

So this recipe is not exact, when the guys cook, they usually eyeball it. This recipe if for one serving. 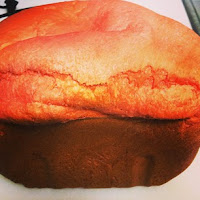 Cut bread in about 1 inch cubes.
Coat bread in egg mixture
Deep Fry (oil at 350 degrees) for about 2 minutes
if desired (and recommended) immediately coat in powdered sugar
Enjoy! 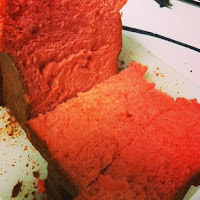 One of the next flavors we wanted to introduce in the bread is raspberry, so now the next task was to make a bread with raspberry flavoring. What I did was pull another one of our many kitchen toys, the bread machine. I followed the sweet roll recipe from Food.com and substituted the sugar with 1 small package of raspberry gelatin.
I was pleased on how it turned. We have not had a chance to try it out with deep fried French toast, I have the bread sliced up and stored in the freezer until ready to use.

But I can tell you the bread itself was tasty.

Now it is your turn to show off your stuff.
Please check out other peoples stuff and check out
Fine Finds Friday 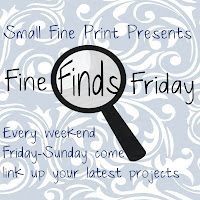