Today I am sharing some comforting noodle dishes.  The first one is an easy Sour Cream Noodle bake. I was initially drawn to this because it layers like lasagna. There is a meat and tomato layer and a cottage cheese, sour cream, and noodle layer. It is really tasty. It kind of tastes like beef stroganoff. Maybe next time I will incorporate mushrooms. 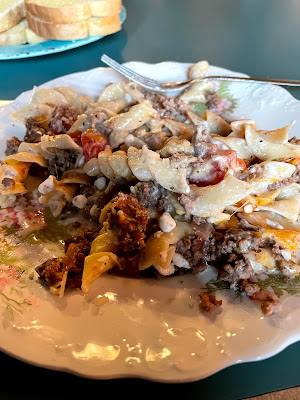 This one is mac and cheese. This recipe uses a different kind of noodle. I was concerned that the recipe that I used calls for 2 cans of evaporated milk.  As you can see it initially looks like a soup. I did end up baking it in the oven. It did set up more once it baked in the oven. 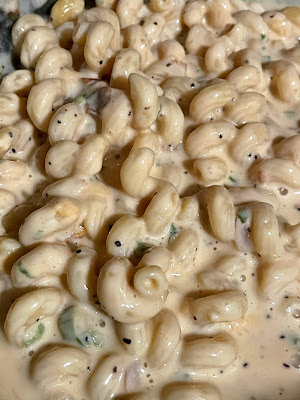 Speaking of mac and cheese. I don't think I ever go around about the Cheeto Mac and Cheese I bought at the store. It was out on sale and I thought it was cool to try it. It does taste like Cheetos in mac and cheese form.  However, I would stick to just getting The Kraft mac and cheese in the blue box. This was just a novelty and you don't get as much as you would get in the original blue box. 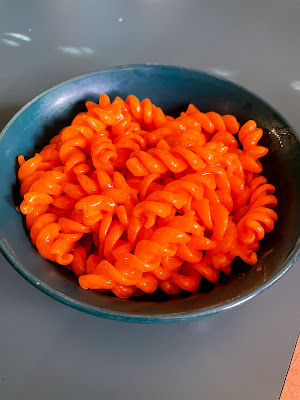 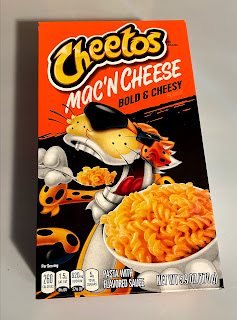