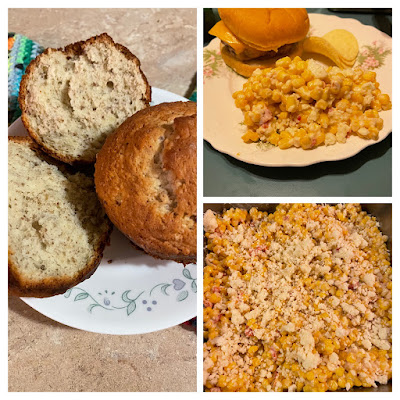 I was in the mood for hamburgers, so I followed a recipe from the Deadpool cookbook my husband got.  Deadpool is a Marvel superhero, he is one of my husband's favorite superhero.  The recipes in this cookbook look delicious. There is a recipe in the book called All American Hero (I think). This recipe called for an apple pie type filling and had blue cheese in it. The apple pie filling did not sound appetizing, and I don't like blue cheese. I just did the hamburger portion, Which had a pound of ground beef, a pound of ground pork, 2T apple cider vinegar, and salt and pepper. 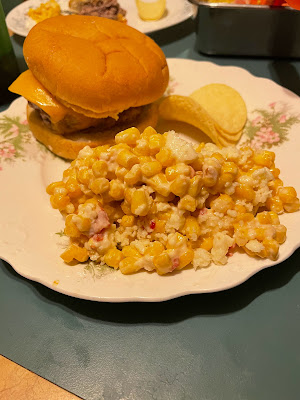 I also did Street Corn. I had to modifiy this recipe too, since my husband can't hand spicy food. I left out the spicy peppers and substituted roasted red pepper from the jar. 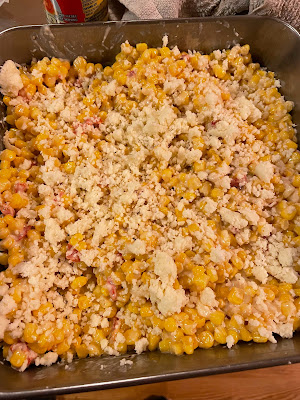 I also made banana bread for breakfast but made it in a large muffin tin. 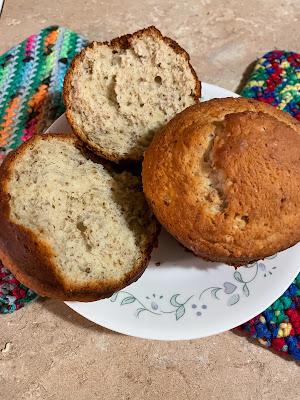 Just Winging It: Have It Your Way (jwirecipes.com)

Linking up with link parties in my "Link Parties" Tab:
Just Winging It: Link Parties (jwirecipes.com)
Follow
Posted by Julie at 10:08 AM