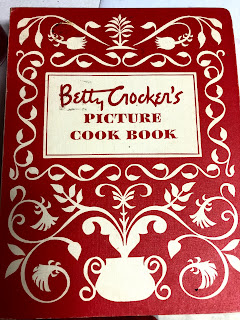 I love to make waffles, I have multiple blog posts (at least 18) with a variety of ways to make waffles.  Here is another recipe I followed from the Betty Crocker cook book I inherited from my grandmother. I do find this book interesting because it is from the 1930's. First I have to mention is still in pretty good condition. That either tells me she took very good care of this book or she did not use it much. I am going to say she hardly used it. I use my Better Homes and Gardens cook book all the time and the book is not in the best shape.
This is the page for the waffle recipe. I made the Nut Waffles with the richer waffles recipe. If you noticed in the caption, it says that the nut waffles are special for supper. I have many times made waffles or pancakes for dinner. In the times I was a single parent, it was easy to make pancakes or waffles for dinner because it was quick dinner after a long day at work.  You might notice in the photo the recipe for sweet milk waffles. I am sure sweet milk is just milk. Most of the time I make waffles the way mentioned in the sweet milk recipe. The eggs are separated and beat the egg whites and fold into the waffle batter. I HIGHLY recommend doing this with any waffle recipe. It makes the waffles light and fluffy 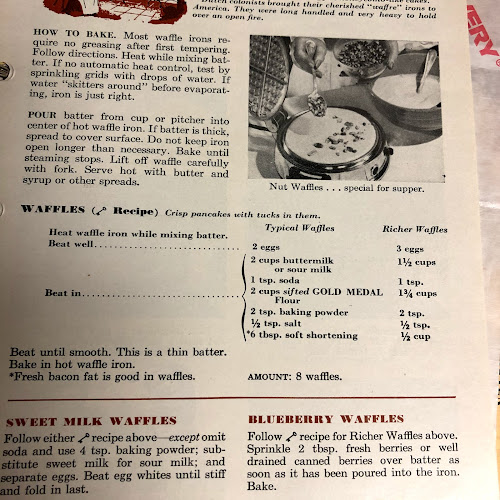 In this case, I made the nut waffles for breakfast. In making these waffles I followed the richer waffles recipe in the photo. After you pour waffles into the waffle maker, spoon some chopped nuts on top before closing the lid. There also is a note that says fresh bacon fat is good in waffles. Since I also was making bacon (My husband insists I make bacon if I am making waffles or pancakes) I thought I would substitute some of the bacon fat for the shortening. The waffles were tasty, but denser than I normally make them. Likely because I did not beat egg whites this time around. 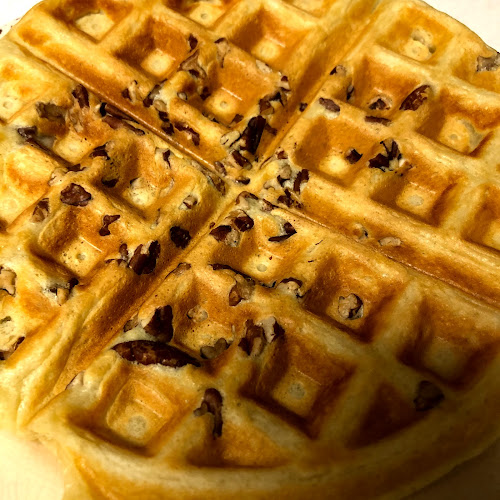 Email ThisBlogThis!Share to TwitterShare to FacebookShare to Pinterest
Labels: waffles