I guess this is an edition of Tasty Eats, except this first dish was not tasty at all. I tried a vintage recipe out of Workbaskets magazine. It looked promising but I did not like it. 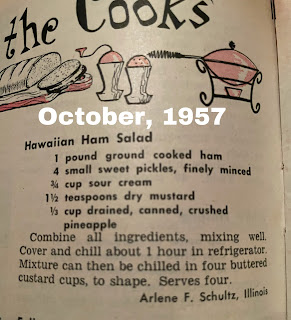 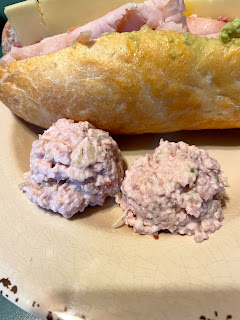 The sandwich was tasty though. 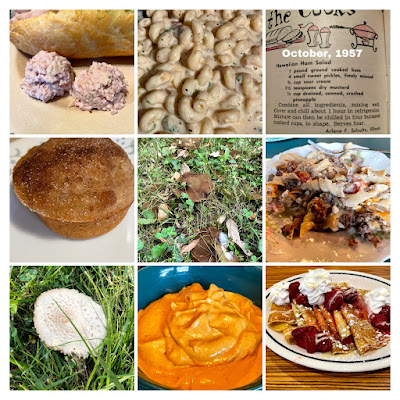 I did a post on the noodles:
Just Winging It: Comfort Noodle Dishes (jwirecipes.com)
I also did a post on the pumpkin nice cream:
Pumpkin Nice Cream (juliecreativesoul.blogspot.com)
I made cinnamon applesauce muffins mainly to use up my remaining apple sauce I had.
I took a picture of some mushrooms during a past walk. Could not tell you if it safe to eat.
Sharing this with:
Our World Tuesday (ourworldtuesdaymeme.blogspot.com)

Create With Joy | Infuse Creativity In All You Do (create-with-joy.com)