The reasoning for making poppy seed muffins involves coming across two full containers of poppy seeds. How come I have so many poppy seeds? Likely that we have bought poppy seeds for a recipe, then needed poppy seed again in the future and forgot there was another container. So now the mission was to use up some of the poppy seeds. After searching Pinterest I had come across this recipe. 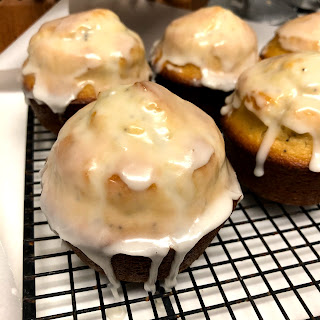 It is a Classic Poppy Seed Bread Recipe by Julie Blanner. I followed the recipe found on the blog post. The only addition I made is that I added some lemon zest from a lemon. I used the juice from the lemon to make the glaze. Instead of making it into a loaf pan, I made it into a large muffing tins that I recently bought from Michaels because he need large muffin tins to make..... 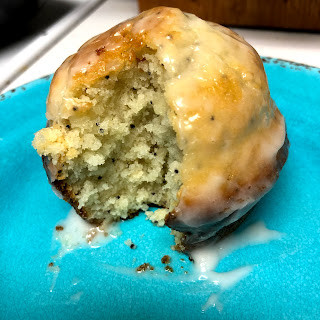 .....these bacon, egg, sausage, and cheese cups.  The breakfast cups were tasty, however my husband was not satisfied because the bacon was to form a cup and it shrunk too much and it was just a disk on the bottom.  Everyone enjoyed both the poppy seed muffins and the breakfast cups. 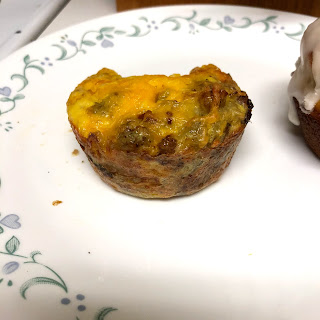