Apple Muffins and Other Tasty Eats

Phoning in this blog post? Why yes I am. 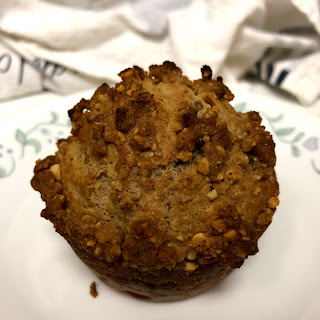 First is the Apple Muffins. I followed the Carrot-Apricot muffin recipe from Hy-Vee (grocery store chain in my area), but did diced apples instead of carrot and left out the apricot. It was tasty, but I liked the carrot version better. 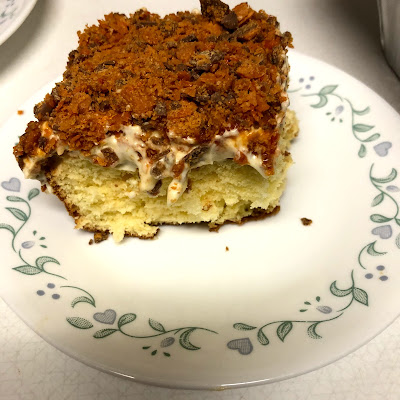 For my son's birthday, I made this Butterfinger cake. I originally did a blog post back in 2012. This time around I amped up the box cake recipe by adding an extra egg, used butter instead of oil, and used milk instead of water. I can tell that making these changed made the cake more like a light pound cake. Really tasty. I might of added extra vanilla, but I don't remember. This time around I folded in some Cool Whip in with the pudding. So to recap on how I made this cake. Made a yellow cake (with the amped up changes),  made a small box of instant vanilla pudding and folded in a small tub of Cool Whip. Once the cake was cool,  I topped with the pudding mixture. Topped with crushed Butterfinger. 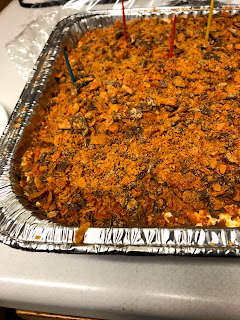 I have seen Chicken-a-la-King being made on T.V. and I decided I needed to make it. Despite the title, it is a humble chicken dish that is that all that fancy. I had searched Pinterest for a recipe and decided on this one.  I served this with homemade noodles. 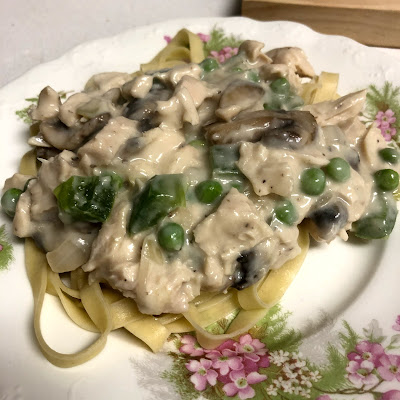 Here is the recipe from the site:

Finally I have eggless Nutella Cookies. The recipe for this is found here. Even without the eggs, it turned out tasty. After all, it is Nutella. 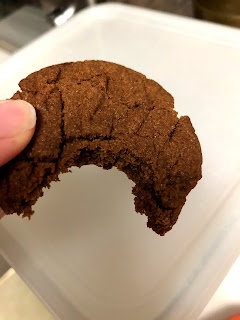 O.K. I lied, the final tasty eat is leftover Thanksgiving croquette. It has leftover turkey, Stove Top stuffing, some cheese (because I felt like adding cheese) held together with a rue. Surprisingly no potato, which is traditionally found in most croquette. We just did stuffing instead of potato. I also had leftover green been casserole, but I thought it would just get to weird.  I fried them in the air fryer. This is the first thing I made in the air fryer that actually got crispy. It took a long time to air fry in comparison to frying them in oil. I guess that time is the compromise with healthy frying. 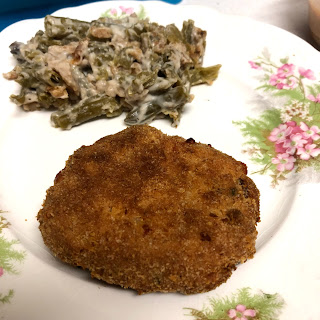 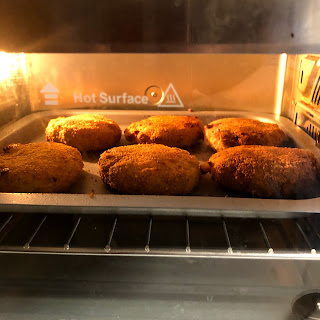