It had been a while since I did a tasty eats post. To be honest, it usually means I have an accumulation of food photos that I mean to make a post on its own and I have fallen behind and just  combined these photos in one post.
This one you might of seen on TikTok. It is the Cheesy Egg Sandwich. I have tried making this twice and I had failed making it twice. I am not sure if I will try this again. I just thought it was o.k. 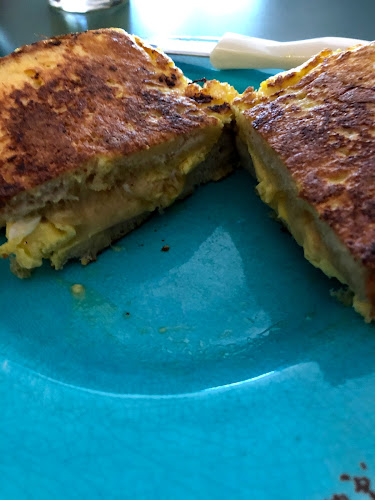 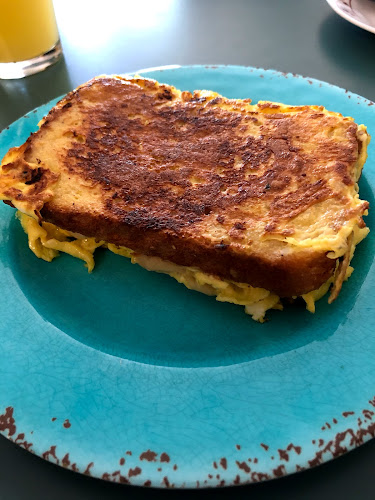 This next one is a croquette. I have never heard of a croquette until my son mentioned it to me. He saw it in a Pokémon cartoon and suggested  that we make one. I had to do a little research on how to make them. There are many different kinds.  I ended up making mine with a combination of mashed potatoes, chicken, shredded carrot, seasonings and an egg to bind it all together.  I formed them into patties and refrigerated it for a few hours. When I was ready to cook them, I dipped the croquettes in flour, egg, and seasoned bread crumbs. You could fry them, but I baked them. I had a coat of olive oil on the sheet pan and I lightly brushed the tops with olive oil. I had seen that if you bake something that is usually fried, you need to lightly coat with oil. I have seen others use cooking spray. Anyway I can say that it works. After cooking them for about 30 minutes, the exterior was defiantly crunchy. 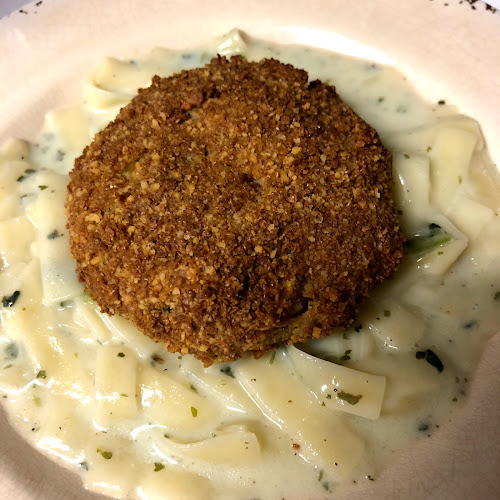 My husband made crepes for breakfast one day. 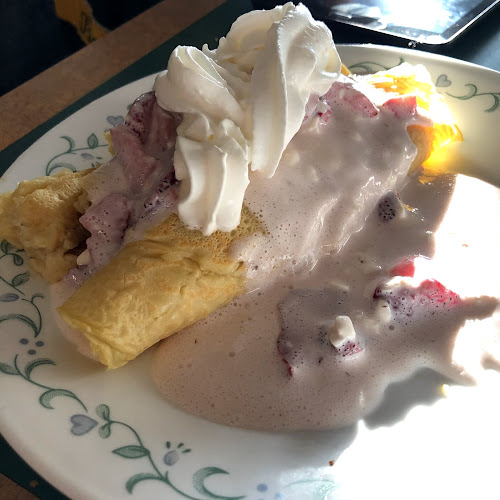 The next one are cinnamon rolls. While they were baking, my husband suggested that I crush up some Butterfinger and put in one top. A tasty decision. 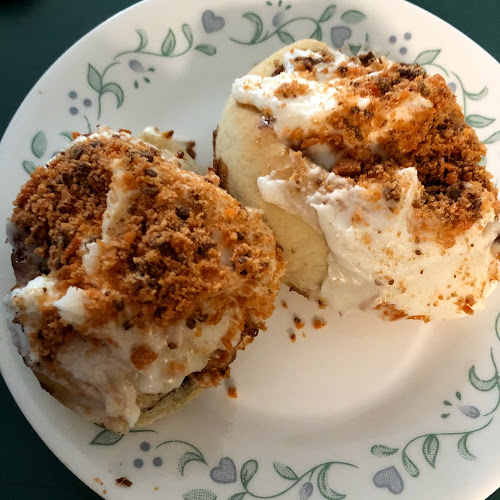 Finally we have cheese soup. So good! The recipe comes from More of America's Most Wanted Recipes. I have had this cook book for a while. I have not used any recipes form this book until now. The recipe is Canadian Cheese Soup (found on page 127). I don't know what makes it Canadian. It has Velveeta. I love Velveeta, so that is why I was drawn to this recipe. The only thing it that it ended up being too thin . I get it, it's soup. If I make it again I will use less half-and-half and chicken broth. So other than a 2 pound block of Velveeta, it has carrots, onion, celery, one stick of butter, flour, half and half, and chicken broth. 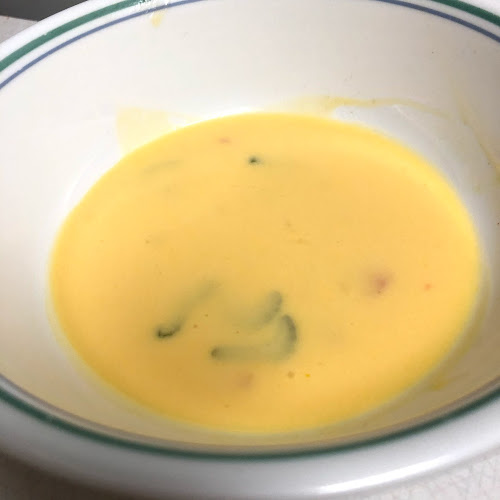