It is a another bread recipe. It is the same recipe as the Cinnamon Nut Bread except I increased the cinnamon, added nutmeg and raisins. My son has tried this and says it tastes like the Raisins Spice Cookies.  It does have the same flavor and really delicious. This one is really a hit and I am likely going to make this again. This is definitely not going to be the last bread post. There is a pineapple bread recipe coming up soon. 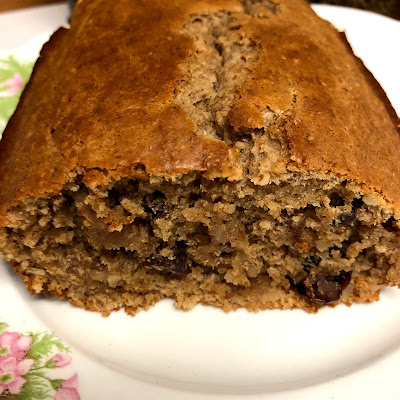