I would of never of paired chili and cinnamon rolls together, but I guess it is a thing in at least Nebraska. 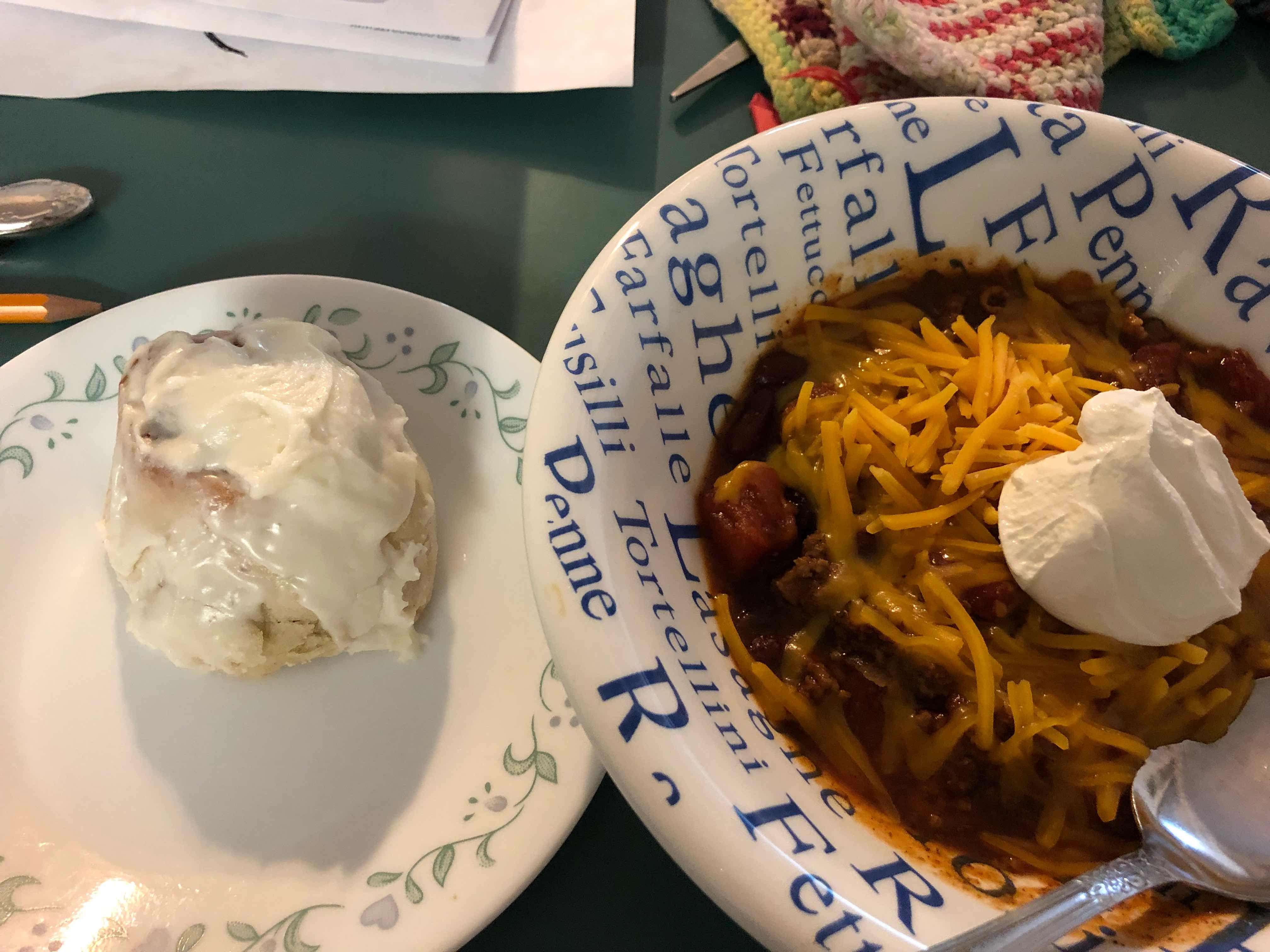 It started out I wanted to make something in a crock pot and I thought of chili. I don't make chili that often and was surprised to come across beer in the recipe. I am glad we had some in the fridge, because I was not going to buy a six pack of beer for just using a bottle. I guess I could of, my husband would of drank the beer.

Then while making the chili I remember that my husband likes to have cinnamon rolls with his chili. I did not want to go back to the store to buy cinnamon rolls nor did I want to make a large batch of rolls and spend hours making them. What are the odds that I not only find a small batch cinnamon rolls recipe, but it is made in about an hour too. I found it here.

So going back to the pairing of these two items, I guess the two used to paired as part of a school lunch.